An organisation open to all... that wants to contribute to improving the planet.

The New Pythagorean School (NPS) is a philosophical and cultural organisation oriented towards the rediscovery and updating of Italic-Pythagorean ethics. Its main objective is to promote a historical analysis of the phenomenon of First Italy and Magna Graecia, supporting the organisation of studies, cultural comparisons and educational activities

The two philosophical pillars of the New Pythagorean School are theanti-violence and the dignity of women, which have their roots in the history of Pythagoras and "First Italy", which are today more than ever decisive for the harmonious coexistence of all living beings on earth.

The New Pythagorean School also promotes cultural activities aimed at a critical re-examination of history, capable of leading to an awareness that gives an elevated meaning to life. 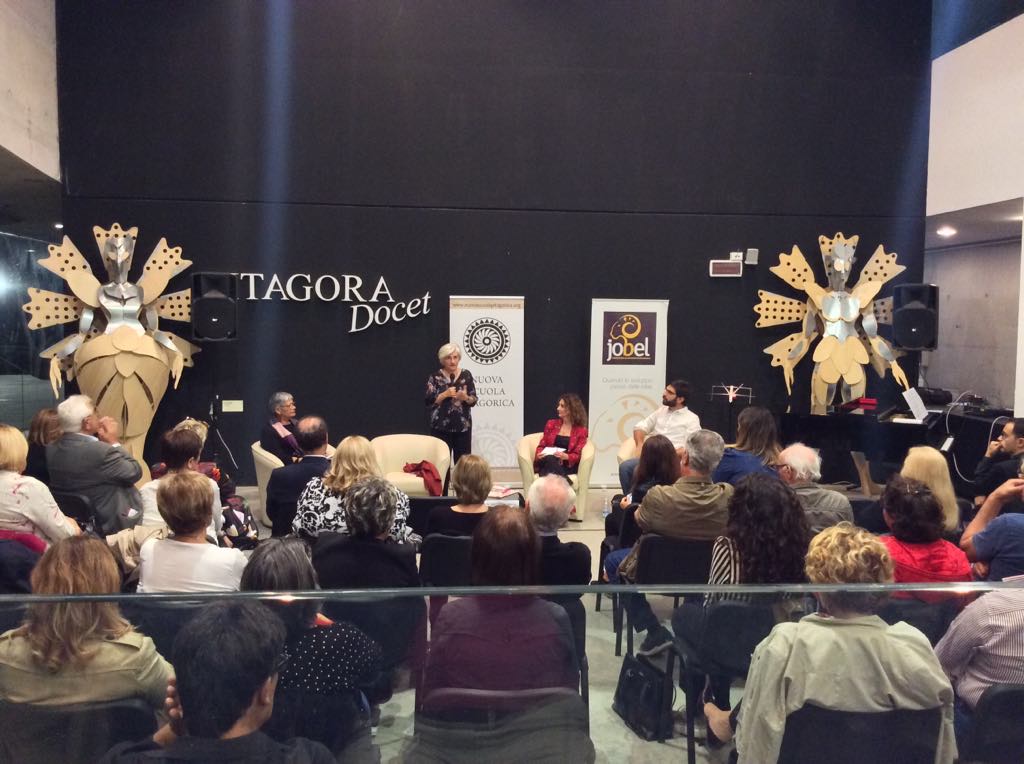 Commitment for a better world

“Today we consider essential the need to explore and use the Magna Graecia cultural treasure hidden under the ruins of such decadence. This project is not animated by desires to return to the past or seek revenge, but rather it is dictated by the willingness to make the Earth the common residence for all people, to overcome the divisions and obstacles generated by envies, religions, politics, races and gender. With only this as our aim, ancient and modern, the New Pythagorean School will surge from the ashes from where it once was established and operated: Crotone“.

Founder and Scholarch of the New Pythagorean School

How NPS came into being

"A utopian project, a dream that the more unattainable it seems, the more it will come true"

The New Pythagorean School was officially born on 30 November 2015 with the signature of the deed of incorporation near the Temple of Hera Lacinia di Crotone. The following day, on 1 December 2015, all the documents were deposited in public offices.

The project was born thanks to the ideas contained in the books and other writings of Salvatore Mongiardo, who came to Crotone in 2012 at the invitation of Domenico Monizzi to hold a conference in Pythagorean meetings of cardiology. They then began to think of an organization that rediscovered Italic and Pythagorean values ​​in many ways ignored by both the academic world and the public even in Calabria itself.

In June 2015 Marco Tricoli, after reading the book Cristo ritorna da Crotone, gets in touch with the author Salvatore Mongiardo, who happened to be in Crotone, he wanted to know his reader. The meeting takes place at the Museum and Gardens of Pythagoras and soon after the two reach Domenico Monizzi to have lunch together in a restaurant on the Lacinio promontory. In that meeting the New Pythagorean School was born with the task given to Marco to draw up the statute and outline the project. To the three were added Rosa Brancatella and Francesco Lopez. All five officially signed the deed of incorporation.

With the first months of 2016, the membership of the first founding members began, who from all over the world shared the initiative. And so, after several presentations around Italy, the official inauguration at Crotone of the New Pythagorean School took place on 18 August 2016. In that fantastic and exciting evening, in the presence of hundreds of people coming from countries near and far, its opening was proclaimed and the will to resume the journey begun by Pythagoras 2500 years earlier has been affirmed.

In the first two years of activity, the New Pythagorean School has promoted various initiatives in many cities in the cultural, informative and artistic fields, maintaining firm the philosophical principles that characterize it.

The first operational offices in Italy were structured, promoting the World Day for the destruction of all weapons and the Celebration of the Birth of Italy. They have been combined with the Syssitia, the community banquet established by King Italus and then resumed by Pythagoras. The Syssitia are celebrated with the Bread Ox, an Italic tradition emblem of the end of violence. The Bread Ox has now become the symbol of the NPS.

To date, the New Pythagorean School has 337 members from over 12 countries.

"Ideas and initiatives promoted by the New Pythagorean School"

The Association proposes and develops projects and collaboration with the aim to promote study, meetings, conventions, encounters, seminars, debates, events, exhibitions and actions relative to achieving the common and associative objectives. Participation and sponsorship with other associations and related organizations are provided.

The NPS asks moreover for stimulating and encouraging the establishment of a World Academy Against Violence, for the research and prevention of human violence, an initiative involving experts from all cultural, social and geographical backgrounds. Violence is an ancient evil that has widely spread in all of its forms be it cultural, religious, social, family, productive, military, behavioral or sexual, but there still does not exist a world center dedicated to the promotion and co-ordination of the study of violence. This proposal comes from Crotone as a continuation of the great project started by Pythagoras and forgotten for over two millennia.

Since its foundation, the New Pythagorean School has promoted various activities and projects. Among the main initiatives are the

WORLD DAY FOR THE DESTRUCTION OF ALL WEAPONS

Since 2017, June 10th of each year the New Pythagorean School has declared the World Day for the destruction of all weapons.

In a particular way, the New Pythagorean School would like to promote the active role of women, who Pythagoras brought together in his school side by side with men, and which united into a women’s association for him: the thiasos. Today, the participation of women in the management of power to even become leaders of governments, is one of the principal measure for an efficient operation of the New Pythagorean School. Manifesto Pythagorean Thiasos

The Association is open to participants coming from any nation without preclusion, and the activities, the initiatives and the meetings will be held in any part of the world deemed opportune. Operating offices of the New Pythagorean School are established in various cities. Operating Office Regulations

CELEBRATION OF THE BIRTH OF ITALY

The New Pythagorean School, with the outbreak of the global covid19 pandemic, drew up a Manifesto for a future of harmony, happiness and health across the planet in 2020.